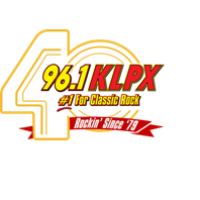 LEGENDARY BAND 38 SPECIAL READY TO CELEBRATE AT 96.1 KLPX’S 40TH BIRTHDAY PARTY BASH ON THURSDAY SEPTEMBER 12TH AT DESERT DIAMOND CASINOS & ENTERTAINMENT’S DIAMOND CENTER IN SAHUARITA.
SAHUARITA, Ariz. - Southern Rock's legendary band 38 SPECIAL is set to bring their timeless hits to Desert Diamond Casinos & Entertainment’s Diamond Center in Sahuarita, AZ. on Thursday, September 12th, 2019, as a part of 96.1 KLPX’s year-long celebration of its 40th year as Southern Arizona’s premier classic rock radio station. The 96.1 KLPX 40th Birthday Party Bash, produced by Arizona Lotus Corp., is set for Thursday, September 12th, 2019. Tickets start at $35 and are on sale now. Tickets can be purchased through Star Tickets or at Desert Diamond Casino’s Box Office. Doors open at 7:00pm; show begins at 8:00pm.
After more than four decades together, 38 SPECIAL continues to bring a signature blast of Southern Rock to over 100 cities a year and at each and every show, thousands of audience members are amazed by the explosive power of the band's performance. Their many Gold and Platinum album awards stand in testament to the endurance of a legendary powerhouse.
With sales in excess of 20 million, most associate the band with their arena-rock pop smashes, “Hold On Loosely,” “Rockin’ Into the Night,” “Caught Up in You,” “Fantasy Girl,” “If I’d Been the One,” “Back Where You Belong,” “Chain Lightnin’,” “Second Chance,” and more – timeless hits that remain a staple in radio, immediately recognizable from the first opening chord, and paving the way to their present-day touring regimen.
Larry Mac, Operations Manager for 96.1 KLPX, comments, "I am excited to partner with Desert Diamond Casinos and looking forward to 38 Special helping us celebrate 40 years of rocking Tucson! They have been a staple on the radio station since the beginning, and this will truly be a great way to kick off our next 40 years of rocking the Old Pueblo."
SOCIAL MEDIA:  Instagram, Facebook, Twitter: 96.1 KLPX   #961KLPX40TH
Arizona Lotus Corp. is one of the largest privately owned Radio Station Groups in the United States. It was founded in 1962 by Howard A. Kalmenson, with the purchase of KWKW, one of Los Angeles' original Spanish language radio stations. In 2012, Howard was awarded the Medallas de Cortez Lifetime Achievement Award from Radio Ink honoring his long record of dedication and commitment to Spanish-language radio.  Lotus currently owns and operates a total of 34 radio stations in Arizona, California, and Nevada. The formats consist  of 16 English, 17 Spanish, and 1 Farsi. Lotus also owns two low-power television stations in Arizona and Texas, as well as five e-commerce sites under its subsidiary, Lotus Internet Corp.
Desert Diamond Casinos & Entertainment, with three locations in Southern Arizona (Tucson, Sahuarita, and Why) and one in the West Valley, is owned and operated by the Tohono O’odham Gaming Enterprise, an enterprise of the Tohono O’odham Nation. Additional information can be found at www.ddcaz.com or by calling 866-DDC-WINS. Follow Desert Diamond Casinos & Entertainment on Twitter (@DiamondCasinos), Facebook (@DDCAZ), and Instagram (@DiamondCasinos).